He is artistically active at an early age, and he understands architecture, which he studies in Santiago from 1963 on, as an expression of a kind of truth going beyond functionality. He finishes his studies in 1969 with a dissertation and is appointed professor at the Catholic University of Santiago in 1970.

At the time of the military coup in 1973 he is in Europe, and since returning to Chile cannot be taken into consideration, he lives in Paris for the next few years. The Chilean diplomas and titles are not recognised in Europe. HV goes painting walls, laying electric cables, translating Elias Canetti’s Mass and Power and Gilles Deleuze’s Spinoza ou le Problème de l’Expression into Spanish. He continues to draw and paint. The wax paintings are particularly noteworthy: an original technique of oriental origin in which watercolours are applied in contours previously laid out with white wax. In 1979 a novel, La Nave quemada, is finished, not finding a publisher. 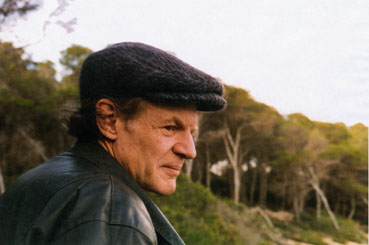 In 1981, in Mallorca, HV meets Gisela Dischner, professor of German literature at the University of Hanover and owner of a large piece of land in that part of the island still not too much changed by modern times. The two are living together ever since, and HV begins to create a sculpture garden on the Mallorcan site, from which this astonishing and original project will develop, that has adopted – in parallel with the graphic work since 1989 – the name of Homer’s Apotheosis. 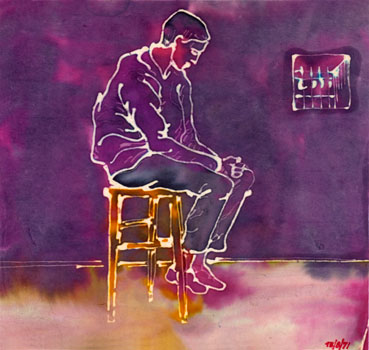 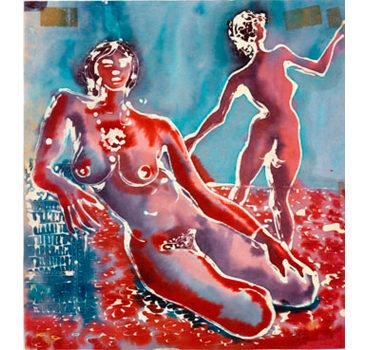 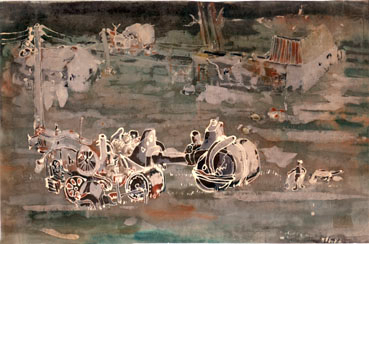 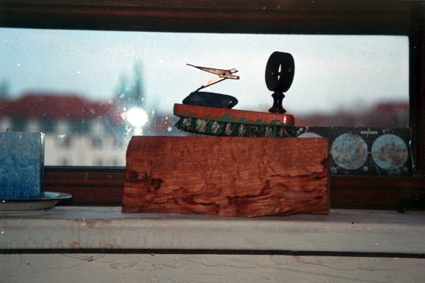 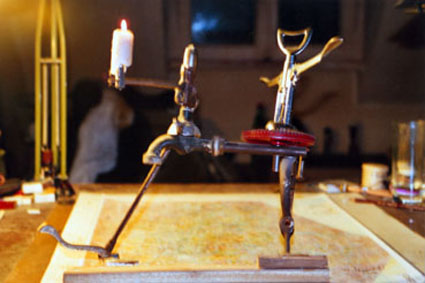 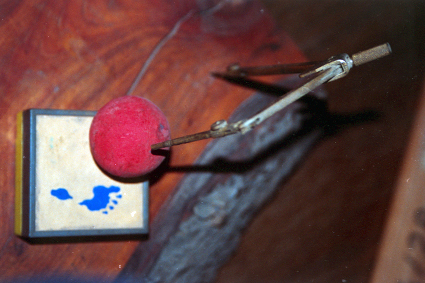 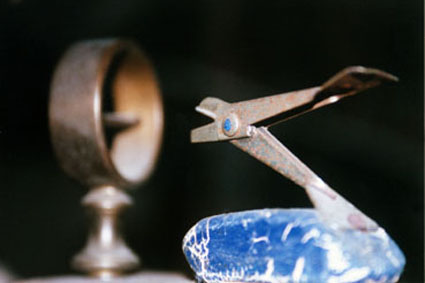 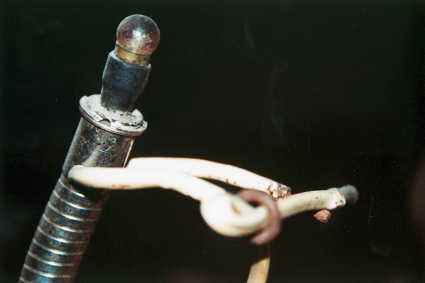 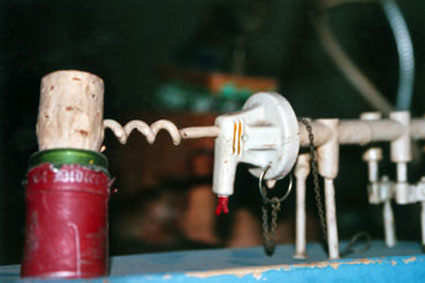 The cycle Homer’s Apotheosis by the architect, painter and writer Horst Vogel is a work in progress, beginning 1979. In all these years he worked on one and only picture in multiple variations. We can speak of a seria technique: The original sheet was fotocopied, the copy becoming the new original which was worked on – using colour pencils, scratching and superposition of folias.

We see a series of modifications and may follow the development sheet by sheet. Do you see faces from the previous picture in a new context?

Realize: a new surrounding modifies what I saw before. Think about the possibilities of perception! These pictures demand a productive eye. Looking at the picture you are following it’s work process as a sort of inner painter. The picture can be seen from all sides. At first most of the faces, figures, animals, plants are hidden in a colourful pattern of lines. Gradually, with a concentrated patient view faces appear, developing out of the deep.

The two-dimensional colour graphic “jumps”, if you are patient enough to look for some time, into a deeper three-dimension, from where new figures emerge – in a metamorphosis they change into other ones while turning the picture. Looking at the picture makes it alive, the phantoms seem to move. A sort of relief-effect happens. The space of the picture opens, the viewer steps inside: the universe of the picture is his own, which leaves him seeing, when he tries to step out. He creates the picture here and now : He then may see his usual surrounding in a different light, from a different point of view.

In this picture universe antique mythological figures communicate with modern thinkers, painters and poets. Homer’s Apotheosis shows Homer as a very old blind man, as seen in the British Museum, surrounded by the muses. Between those graceful faces the viewer might see those modern thinkers, who put forward an existential reading of the picture: See Kierkegaard with glasses, Nietzsche with big moustache, Sartre with his different looking eyes, Heidegger with a little smile.
These heads are – like others, at first view: hidden. Find them in this sort of chaos of lines and colours!
There is no known style, in which you could catalogize these sheets. In working with the copies there begins a new form; this form would not be possible without the modern technique. Therefore these pictures contain a reflection on the possibilities of composition in these englobed times. There is no fixed sense that could be identified, or a message to follow.
There is freedom: a play begins out of history, fairy-tale, mythology and invention in the communication of the figures – out of time and space. Antique, christian and post-modern elements invite you to think and imagine open stories in this event of lines and colours. 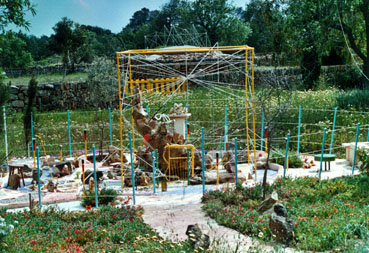 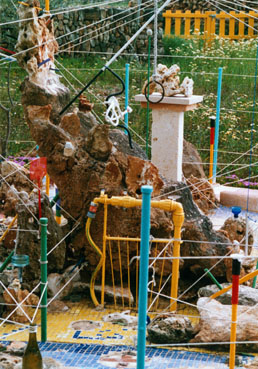 Walk through sheets of the mature working phase 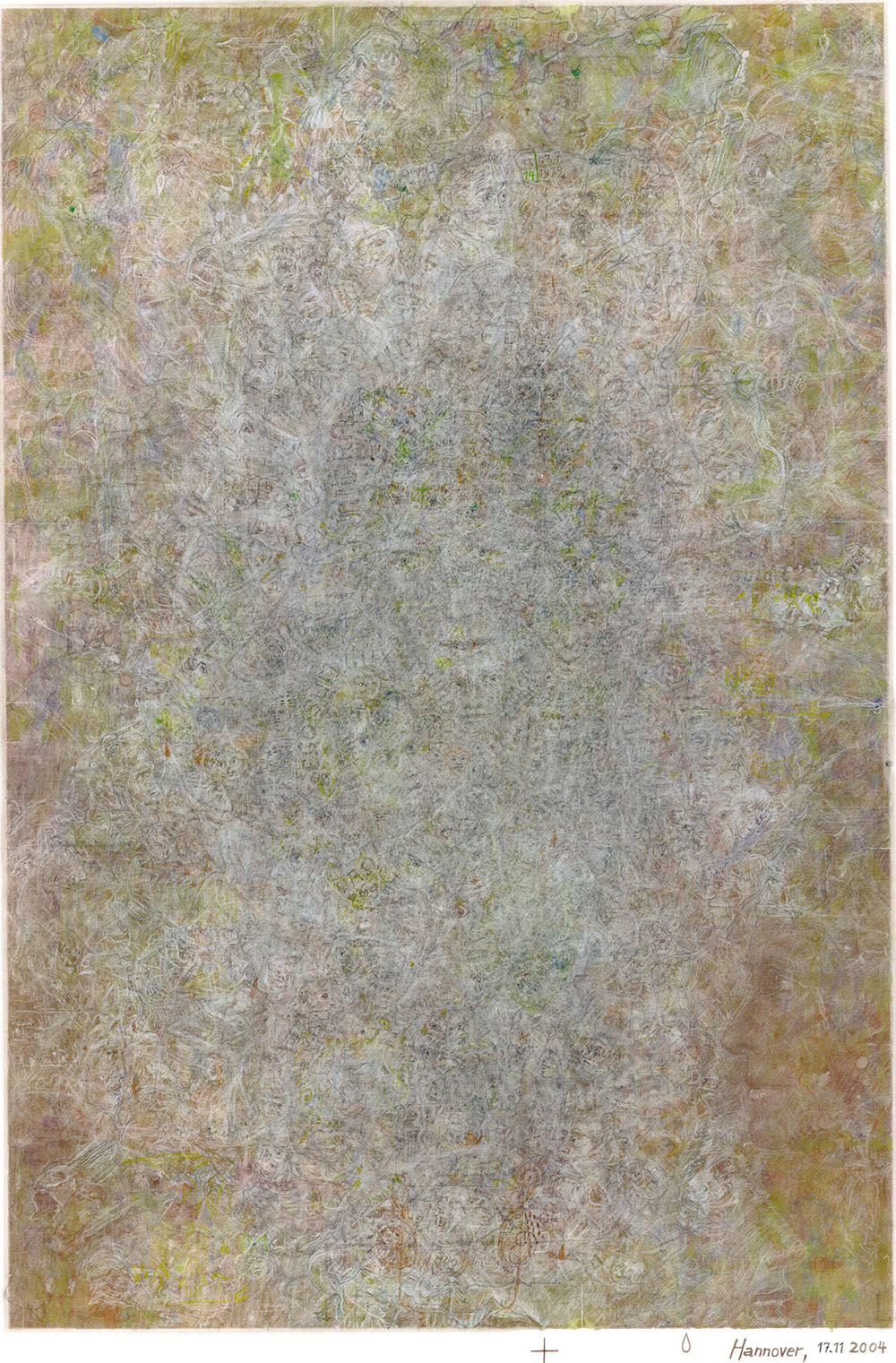 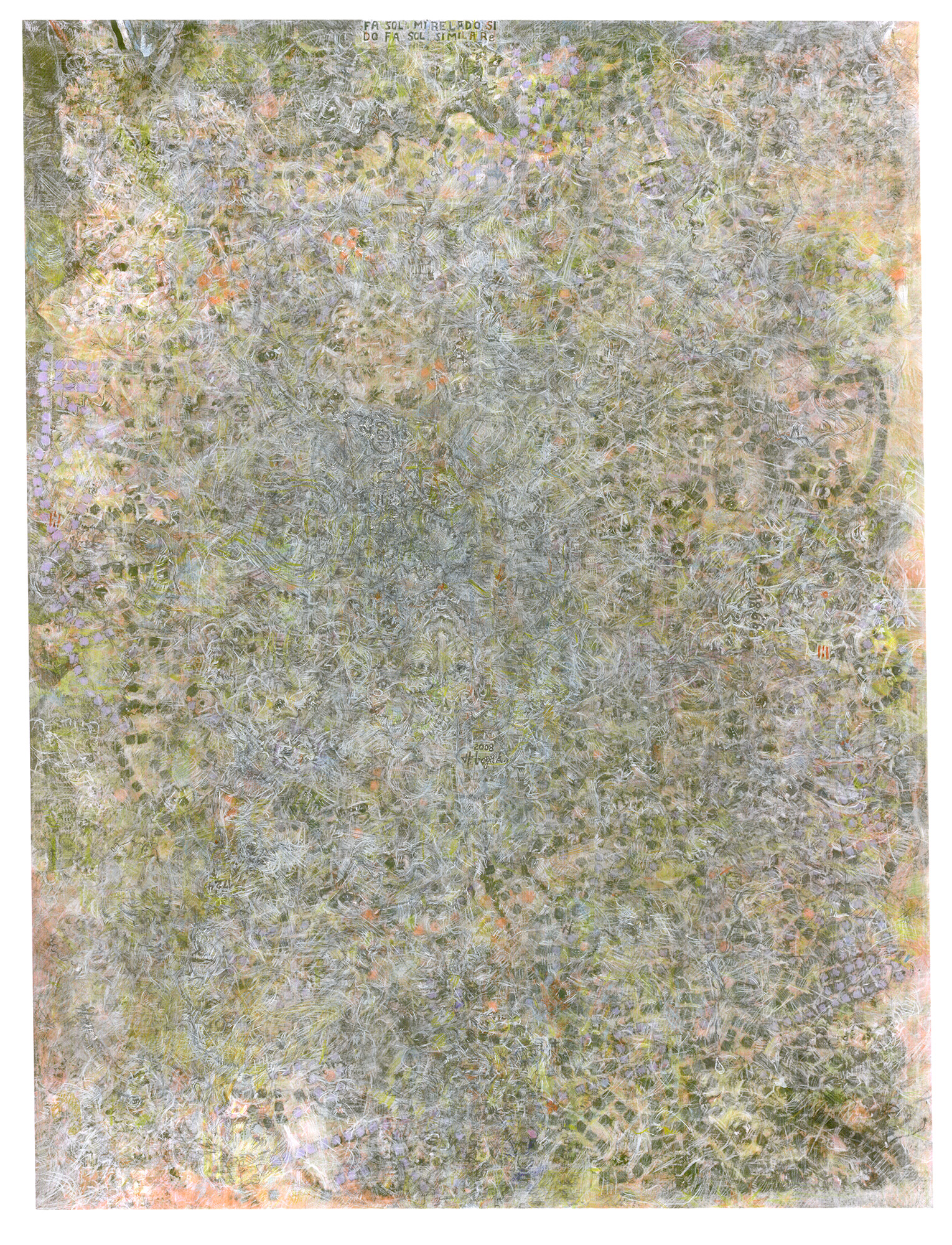 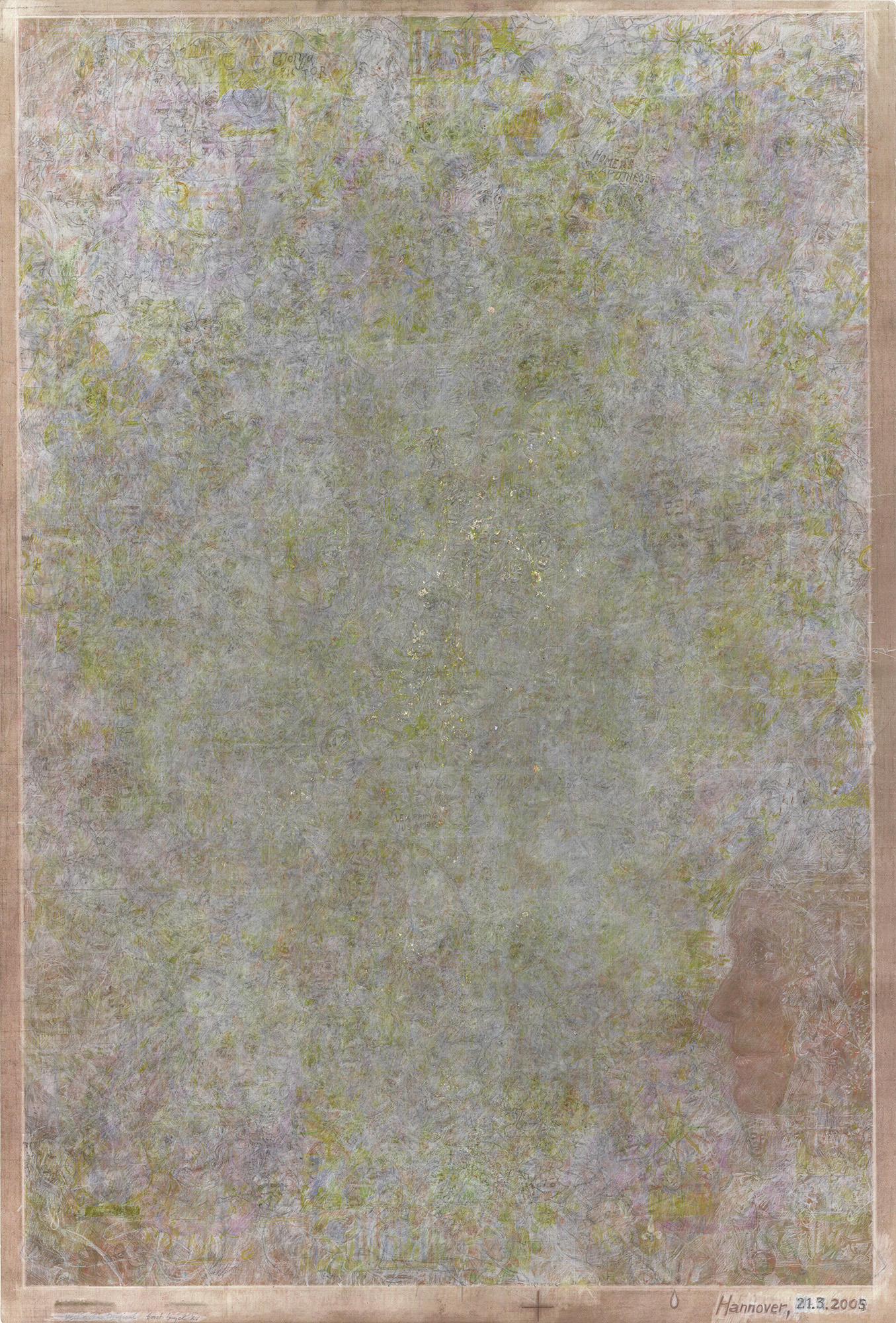